ILF cases. Land overlap: how to preserve the integrity of private territory

Issues involving boundaries between adjacent land plots are far from a rare occurrence. After all, even a tiny inaccuracy in regards to the land’s location could cost you a lot of money or present a critical problem for your business.
Take Kharkiv for instance: the overlap issue happens here very often, particularly in city center, causing all kinds of trouble to owners of land, especially land ripe for construction, as well as to those with rights to surrounding areas.

What our client required

Our law firm was contacted by the owner of a land plot, parts of which had also turned out to belong, by mistake, to another party. Having looked into the case, we discovered that the same real estate had been registered twice under different addresses.
As it turns out, when the other party started construction, they didn’t bother to find out how adjacent areas were situated, or if they would be intruding on some of them. They drew up documentation for the property without taking into account a small annex - a part of non-residential premises located on land that at the time belonged to our client. Thus, if the buildings were to be demolished and the land registered under the other party, our client would be illegally deprived of his property.

What steps we took

In a situation like this, it’s always better to settle things out of court, especially given the fact that, with construction underway, it’s usually enough to stall it in order to put pressure on the opponents.
In our efforts to settle, we sent a request to the other party to correct the flaws in the delimitation of the land plots, which they declined to do. After that we went to court with the following goals in mind:

As expected, the court ruled in our favor.

How the situation was resolved

The court’s decision made it impossible for our opponents to complete the land plot’s registration and, consequently, begin construction. Just as we expected, their progress came to a halt, resulting in a number of unpleasant consequences, such as:

Also, with bank loans involved on top of that, any delays were inviting penalties for overdue payments as well as increased interest rates.

Bleeding money for every hour of downtime, our opponents had no choice but to negotiate. Our client said that he would be willing to drop his claim to his part of the non-residential premises in exchange for monetary compensation. In addition, our opponents agreed to prepare correct technical documentation for both land plots at their own expense upon completion of the construction project and commissioning of the building.
This case is a perfect example of a situation where a minor flaw in land documentation gets resolved out of court. We strongly believe that it’s better to sit down and talk rather than drag things out in courts. 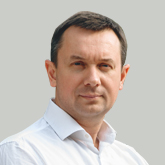